Delivering progress on Scope 1, 2 and 3 emissions

The Group understands the need to prioritise low carbon production and is constantly developing its reporting around climate change to reflect this ambition.

Since 2016, the Group has published detailed information on its Scope 1 (direct) and Scope 2 (indirect) emissions of carbon dioxide, and evolved reporting to include Scope 3 emissions in its 2019 Responsible Business Report.

The Group's reporting on the environment includes the Group's reporting on carbon emissions, which is a core topic for the Group as it undertakes its journey towards low carbon pellet production. Carbon is not a conversation that the Group takes lightly, and has made significant progress in reducing its carbon footprint since establishing a baseline year of 2019. In October 2021, the Group announced its decarbonisation targets, whereby the Group intends to reduce its Scope 1 and Scope 2 footprint by a combined 30% by 2030 (on a per tonne basis). The Group has also committed to reducing its carbon footprint to net zero by 2050, with this goal a signal of intent for the Group's future investment plans.

The Group is also presently working with Ricardo Plc to further develop its reporting on climate change and decarbonisation targets, and the Group hopes to report back on this workstream during 2022.

The Group regularly publishes its progress in reducing carbon emissions in its full year and half year financial reports, including a 16% reduction in Scope 1 and 2 emissions per tonne (combined basis) in 2020, and a further 16% reduction in 2021, giving a combined reduction of 30% in the space of two years. In recognition of the importance of climate change, the remuneration packages of the Group's executive management team, which includes the Group's CEO, are linked to performance in cutting carbon emissions, in addition to other sustainability-linked factors, such as safety.

Ferrexpo's carbon footprint for Scope 1 and Scope 2 emissions can be broken down into three key activities - diesel consumption in the Group's mines, electricity used in processing and natural gas in the pelletiser. These three consumables account for over 80% of the  Group's carbon footprint, and each one is being specifically addressed in the following projects as shown below. In assessing projects that have an emissions benefit, the Group applies a carbon price for financial modelling of the economics of each project, which is based on the five year trailing average price of carbon in the European Union. 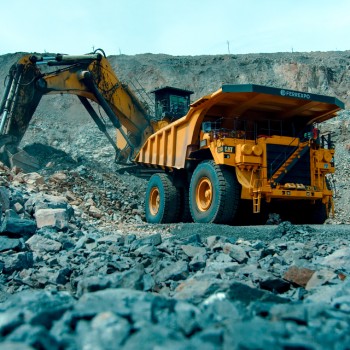 Diesel consumption in excavators and haul trucks, accounts for approximately 20-25% of the Group's carbon-equivalent emissions. The Group already has a number of electric-powered excavators, which have been in operation for over 10 years. To supplement this diesel reduction further, the Group is investing in trolley-assist technology in the near term, which will significantly reduce diesel consumption whilst trucks are ascending haul ramps, and in the longer term the Group plans to invest in battery technology for haul trucks. 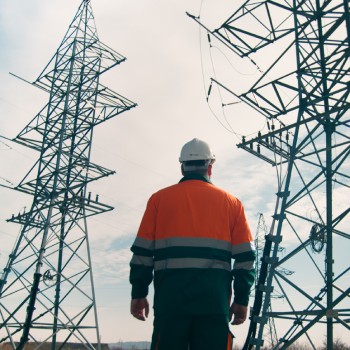 Electricity consumption in the Group's processing plant, which has historically accounted for 35-40% of carbon-equivalent emissions. Since 2020, through regulatory change in Ukraine, the Group has been able to target purchasing of clean electricity, and has been able to significantly reduce its Scope 2 emissions as a result. The Group intends to continue this clean power purchasing strategy to reduce its Scope 2 emissions footprint further. 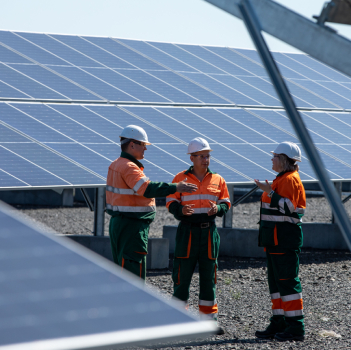 In 2021, the Group also launched its own 5MW solar power pilot project, to test the effectiveness of solar power in central Ukraine. If successful, the Group will significantly increase this project’s output, to further reduce Scope 2 emissions, further details of which are available in the Group's Responsible Business Report here. 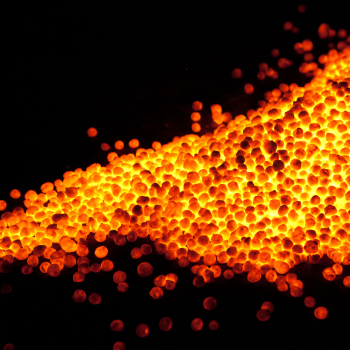 Natural gas consumption in the Group’s pelletiser, accounting for approximately 25% of the Group’s emissions. Natural gas is used to heat green pellets to 1,300oC, providing the required properties for use by steelmakers. Over time, the Group expects to adopt Green Hydrogen as a means for fuelling its pelletiser, once this technology becomes more widely available. 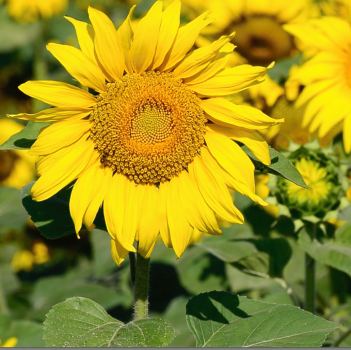 In the short term, the Group is already using biofuels, in the form of sunflower husks, as a partial substitute for natural gas. Ukraine is one of the world's largest producers of sunflower oil, and sunflower husks are an abundant byproduct of this process, making them an ideal biofuel for partial substitution natural gas in the pelletiser. The Group has successfully increased consumption of this biofuel to be 20-25% of the total energy input for the pelletiser, depending on the type of pellets being produced.

In February 2021, Group become a full member of the ResponsibleSteel initiative, which is the steel industry's first global multi-stakeholder standard and certification initiative, which aims to maximise steel's contribution to a sustainable society. This initiative aims to develop a certification standard for participants throughout the steel supply chain. Ferrexpo has now begun consultations regarding independent certification of its carbon emissions reporting and reduction targets.